Allergies occur when the body mistakes a harmless substance for a threat and cells release histamine, an immune system chemical, for protection.

An allergic reaction can be caused by a wide range of triggers known as allergens. The following are some of the most common allergens:

Any food can cause an allergic reaction. Food allergy symptoms can include hives, eczema, itchiness inside the mouth and ears, nausea, diarrhea, vomiting, nasal congestion and sneezing. A severe food allergy can cause difficulty swallowing, shortness of breath, rapid drops in blood pressure, chest pain and unconsciousness. The following are among some of the most common:

Though less common than other food allergies, it's possible to be allergic to any type of fruit or vegetable. Allergic reactions to raw fruits and vegetables are often the result of oral allergy syndrome (OAS). It can occur in people who have pollen allergies because allergens in certain raw fruits and vegetables are very similar to allergens in pollen. This is called cross-reactivity. When people with OAS eat a problem food, they may notice itching, tingling, swelling and redness of the lips, mouth or throat. Symptoms are typically mild and resolve fairly quickly on their own.

Reactions to specific types of foods depend on the type of pollen allergy you have. For example, if you have an allergy to birch, you can react to peaches, celery or even almonds. A banana allergy can happen in those allergic to ragweed. If you are allergic to orchard pollen allergy, you may also have a tomato allergy.

Cross-reactivity can also occur between certain fruits and latex. Latex allergies are commonly associated with avocado allergies and banana allergies.

Contrary to popular belief, "MSG allergy" is an incorrect term. Monosodium glutamate, or MSG, is a flavor enhancer often used in Chinese cuisine and processed or canned foods. While many people think of MSG as a common allergen, it is not. The FDA has received anecdotal reports of people experiencing symptoms such as headaches and nausea after consuming MSG. However, a link between MSG these symptoms has not been confirmed.

Pollen is the male fertilizing agent found in plants, grasses, trees and weeds. This small, lightweight, yellow powder is carried by the wind, bees, birds, insects and other animals. The spread of pollen helps with plant fertilization. You may actually notice clusters of pollen floating in the air, and if you look closely at plants, you may see these clusters present.

The spread of pollen is beneficial for plants but can wreak havoc on people who suffer from seasonal allergies. Many people are allergic to ragweed pollen, grass pollen and tree pollen. In people with these allergies, the immune system mistakes pollen for a harmful substance and creates antibodies in order to protect the body. These antibodies trigger the release of chemicals, including histamine, to defend the body against the allergen. The release of these chemicals is the source of allergic reactions. People with pollen allergies may experience symptoms such as sneezing, itchy eyes and nasal congestion.

Tree pollens, ragweed pollen and grass pollen are common triggers of seasonal allergies. People can be allergic to one or more types of pollen. Identifying which pollens cause your seasonal allergies can be helpful in keeping your symptoms under control to avoid or limit your exposure to them. Do the following to protect yourself:

A dust mite is a microscopic creature that is less than a millimeter in size. Dust mites like to live in warm, humid conditions and feed off flakes of dead human skin that naturally slough off. A dust mite allergy can be caused by living mites, dead mites or their feces. The most common symptoms of this allergy include sneezing, itchy, red or watery eyes, a runny or stuffy nose, postnasal drip or coughing, and itching of the skin, nose, mouth or throat. A dust mite allergy can also trigger asthma symptoms in some people with asthma.

How to get rid of dust mites

Some people wonder how to kill dust mites all at once. Unfortunately, it can be difficult to completely kill all dust mites living in your home. (Large numbers of dust mites can even be found in homes that are kept very clean.) A dust mite spray may not be able to eliminate allergy symptoms, as the dead bodies and droppings of mites can continue to trigger reactions. To get rid of as many dust mites as possible and ease allergies, follow these tips:

Stings from honeybees, wasps, yellow jackets, hornets and fire ants can cause allergic reactions when their venom is injected into your skin. Note that most people aren't allergic to insect stings. It's normal to feel pain from a sting, but this doesn't mean you're allergic to it. Allergic reaction symptoms include soreness, redness, swelling, flushing (reddening of the skin), itching and hives at the site on your body where the insect stung you. Insect stings can also cause potentially life-threatening anaphylactic reactions in some people.

Roughly 1,000 species of mold live in the United States, and many types found both indoors and outdoors are associated with allergies. Mold allergy symptoms include nasal congestion, a runny nose, eye irritation, sneezing, wheezing, coughing and an itchy throat. If you have asthma, mold may also bring on asthma symptoms. To reduce the risk of mold allergies:

Pet allergies are fairly common. About 3 in 10 people with allergies are allergic to dogs and cats. The proteins found in pet dander, saliva or urine can each trigger allergy symptoms, such as eye irritation, skin irritation or rash, stuffy nose, coughing and even breathing problems. Contrary to popular belief, pet fur or hair is not an allergen.

Pet dander is a term for dead skin cells that are naturally shed by animals. Both cats and dogs often have dander in their fur that can trigger allergy symptoms. Dander found on clothing, furniture and in carpeting can also trigger symptoms.

Some people develop allergies to natural rubber latex, which is made from the sap of the rubber tree. Healthcare workers, individuals who have undergone multiple surgeries, rubber industry workers and people with hay fever (seasonal allergies) and certain food allergies are more likely to develop a latex allergy.

Latex allergy symptoms typically do not occur until a person has been exposed to latex multiple times. This is why people with allergies to latex condoms often do not experience symptoms after the first exposure. An allergy to latex can cause symptoms like itching, hives and a stuffy or runny nose. Symptoms tend to start minutes after being exposed to latex. It can also trigger asthma symptoms in people with asthma. Severe latex allergies can result in anaphylaxis.

In a medication allergy, the immune system abnormally reacts to a drug. Symptoms can be mild such as a skin rash, hives, itching or swelling. A drug allergy may also cause severe reactions like anaphylaxis. Most drug allergy symptoms occur within hours of taking the medication, but some can take days or weeks to appear. Any drug has the potential to cause an allergic reaction, but some of the most common drug allergies occur in response to these groups of medicines: 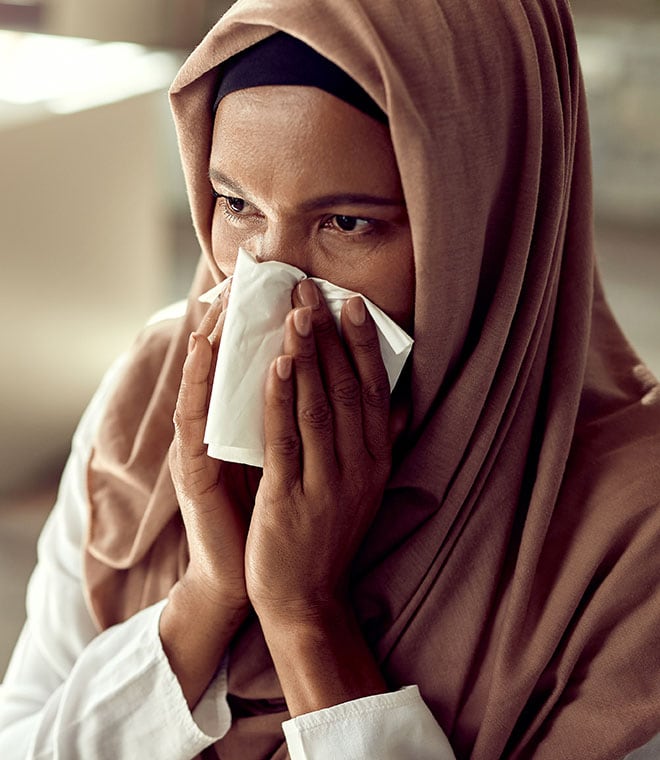 Health
What is the difference between coronavirus (COVID-19) symptoms and seasonal allergies?
6 min 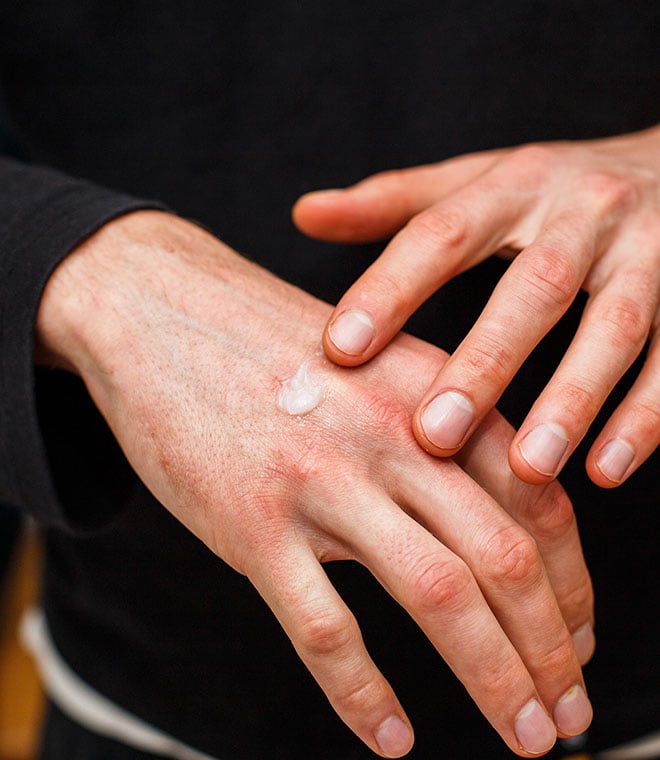 Health
What is contact dermatitis?
7 min
By Jenilee Matz, MPH 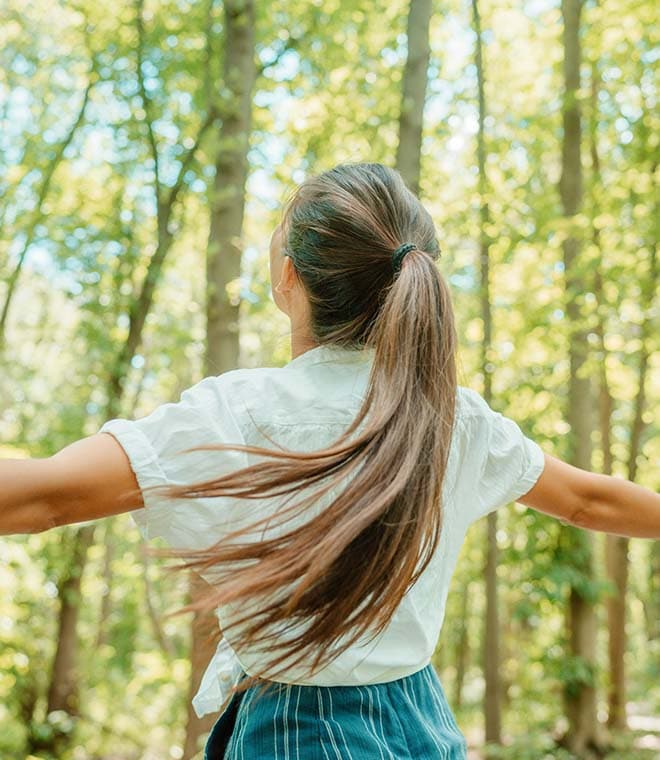 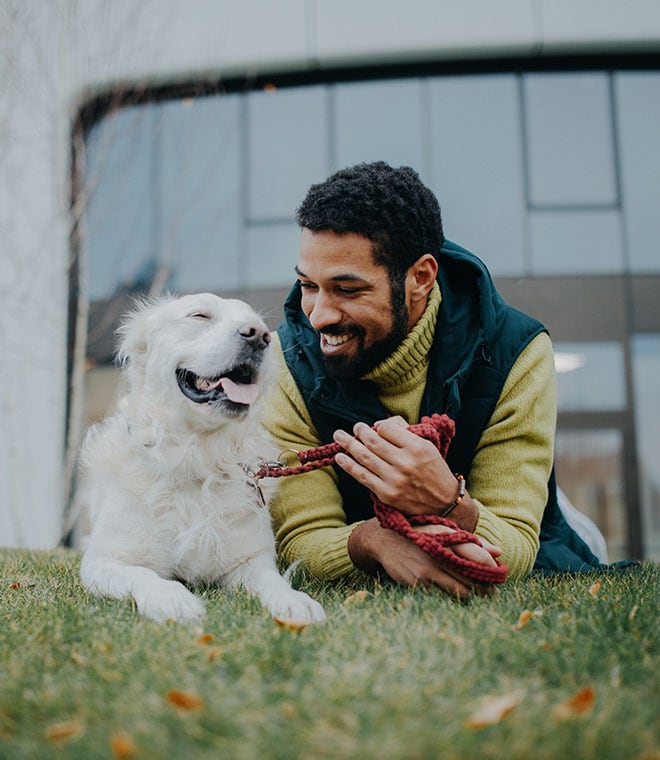