Arthritis medicine: What are the options?

Arthritis can be simply defined as "inflammation of the joints."

There are several disease states under the category of arthritis, which also include osteoarthritis and rheumatoid arthritis.

What is the difference between osteoarthritis (OA) and rheumatoid arthritis (RA)?

Although OA and RA both have similar symptoms involving the joints, such as pain, aching, stiffness and swelling, they are actually very different conditions. OA is caused by the breakdown of joint cartilage between bones and generally occurs in the hands and weight-bearing areas of the body, such as the hips and knees. RA occurs when a person's immune system mistakenly attacks healthy cells throughout the body, especially targeting the joints. Since RA affects healthy cells in more than just the joint areas, other symptoms may include weight loss, fever, tiredness and weakness. Thankfully, arthritis can usually be managed by lifestyle changes and use of medications that may be over the counter, prescription or a combination of both.

What medications are used for osteoarthritis?

Treatment of OA depends on the location and severity of joint involvement and what other medical conditions, medications and allergies an individual has. The American College of Rheumatology guidelines provides the following recommendations for medications used in the treatment of osteoarthritis in the hand, hip and knee.

Over-the-counter acetaminophen (Tylenol) and nonsteroidal anti-inflammatory drugs (NSAIDs), such as ibuprofen (Advil, Motrin) and naproxen sodium (Aleve), are some of the first-choice osteoarthritis recommendations for hip and knee pain relief. While acetaminophen may provide relief to some patients, it is not effective for everyone with OA. Acetaminophen should only be taken in the recommended dose on the package unless directed by a healthcare provider. Individuals should not drink alcohol with acetaminophen, and patients who have liver disease should ask their doctor before using this drug, as it may worsen this condition.

NSAIDs have been shown to provide effective pain relief to many people living with OA. These medicines have the added benefit of some reduction in inflammation, but people who already have digestive issues, such as heartburn or ulcers, or high blood pressure may have a higher risk of serious complications with these medications, such as developing new stomach ulcers, bleeding in the stomach or intestines, and heart attack. Topical NSAIDs instead of oral NSAIDs are recommended for people over the age of 75. Prescription NSAIDs may be recommended if a greater reduction in inflammation and pain is needed. It is important to discuss with your doctor if it is safe for you to start these therapies.

Capsaicin cream is an over-the-counter option that can be used if topical NSAIDs are found to be ineffective. This medication is made from spicy peppers and can cause burning and irritation if it comes into contact with sensitive areas, such as the eyes. When applying capsaicin cream, make sure to wear gloves and wash your hands before and after use. If you are applying this cream to your hands for arthritis relief, leave it on for 30 minutes before washing. This medication is most effective when applied several times a day, and maximum pain relief can sometimes be seen up to two weeks later.

Other common topical over-the-counter options include a variety of creams, lotions, gels, balms, sprays and patches that contain different combinations of lidocaine, menthol, methyl salicylate and/or camphor. Lidocaine provides pain relief by numbing the area on which it is applied. The other ingredients provide hot and cold sensations that may provide relief by temporarily overriding the ability to feel arthritis pain. Some examples of these include various formulations of Icy Hot, Tiger Balm and Biofreeze.

Topical NSAID gels and solutions, such as diclofenac sodium (Voltaren and Pennsaid) are treatment options for pain relief of osteoarthritis affecting joints close to the skin, such as the hands and knees. Voltaren is now available over the counter, while Pennsaid is available by prescription. Topical NSAIDs are generally safe, as most of the drug stays on the skin and around the joints and are good options for those unable to take oral NSAIDs. However, it is important to avoid applying any of these topical products on skin that is not intact and has cuts, scrapes or burns, as it can cause burning and irritation.

More severe cases of osteoarthritis of the hip and knee may benefit from corticosteroid injections directly into the joints  for symptom relief when acetaminophen or NSAIDs alone are not enough. Other injectable agents called viscosupplements contain hyaluronic acid and have been shown to help with OA pain. Hyaluronic acid may benefit the joints by providing lubrication, allowing uninhibited movement and preventing bones from rubbing together.

Duloxetine (Cymbalta), venlafaxine (Effexor) and desvenlafaxine (Pristiq) are antidepressants that may be used with acetaminophen or NSAIDs as additional therapy for people experiencing nerve and muscle pain. These medications may help to relieve chronic pain caused by health conditions like osteoarthritis. Consult with a healthcare provider before pursuing this option.

What medications are used for rheumatoid arthritis?

Medications used for rheumatoid arthritis often work by reducing inflammation or regulating the immune system to prevent further joint damage. There is no known cure for rheumatoid arthritis; however, traditional, biologic and targeted, specific disease-modifying antirheumatic drugs (DMARDs) may help to slow progression, relieve symptoms and, in some cases, achieve remission.

Similar to osteoarthritis, corticosteroids can be helpful for reducing inflammation caused by rheumatoid arthritis, and NSAIDs can further provide pain relief to the joints. It is important to note that although NSAIDs can provide pain relief, they should not be the only treatment for rheumatoid arthritis. Most people with RA will need suppression of the immune system in order to prevent healthy cells from being attacked and to slow and stop joint damage. While oral and injectable corticosteroids can suppress the immune system, they do not usually provide adequate benefit for long-term control of arthritis. Corticosteroids may be useful in early disease while waiting for DMARDs to take effect.

Methotrexate is the first drug used in most people that are newly diagnosed. Methotrexate suppresses specific parts of the immune system that contribute to the joint damage from RA, and effects may be noticed within just a few weeks of starting therapy. Methotrexate is usually taken orally once per week or as a weekly injection, not daily, and should not be used in pregnant or lactating women. Individuals taking methotrexate should use contraception or discontinue the drug if they plan to get pregnant. In addition to pregnant women, other people who should not take this medication include those with chronic liver disease, weakened immune systems, preexisting blood disorders and decreased kidney function. Folic acid is prescribed with methotrexate to help with side effects and prevent folic acid deficiency caused by the methotrexate therapy.

Leflunomide is another oral DMARD that decreases immune cell activity and inflammation and has been shown to be as effective as methotrexate. Male and female individuals taking leflunomide should avoid pregnancy and use appropriate contraception methods.

There are two types of biologic agents used for rheumatoid arthritis: tumor necrosis factor alpha (TNF) inhibitors, such as infliximab (Remicade), etanercept (Enbrel), adalimumab (Humira), golimumab (Simponi), certolizumab pegol (Cimzia) and non-TNF biologics, such as abatacept (Orencia), rituximab (Rituxan), tocilizumab (Actemra), sarilumab (Kevzara)and anakinra (Kineret). These injectable and intravenous medications work by inhibiting specific pathways within the immune system. The frequency of usage varies from once weekly to once every two months, depending on which drug is prescribed. Because they suppress the immune system, they are associated with an increased risk of infection. Individuals with heart failure should avoid TNF inhibitors due to their potential to worsen this condition.

While these medications may be use alone or with other traditional DMARDs, they should not be given with biologic DMARDs or other JAK inhibitors. These medications are also associated with an increased risk of infections.

What are some other ways osteoarthritis and rheumatoid arthritis can be managed?

Certain lifestyle changes can be highly beneficial for people diagnosed with osteoarthritis and rheumatoid arthritis:

Clinically reviewed and updated by Nora Laberee and Kanesha Kirkwood, PharmD, May 2022. 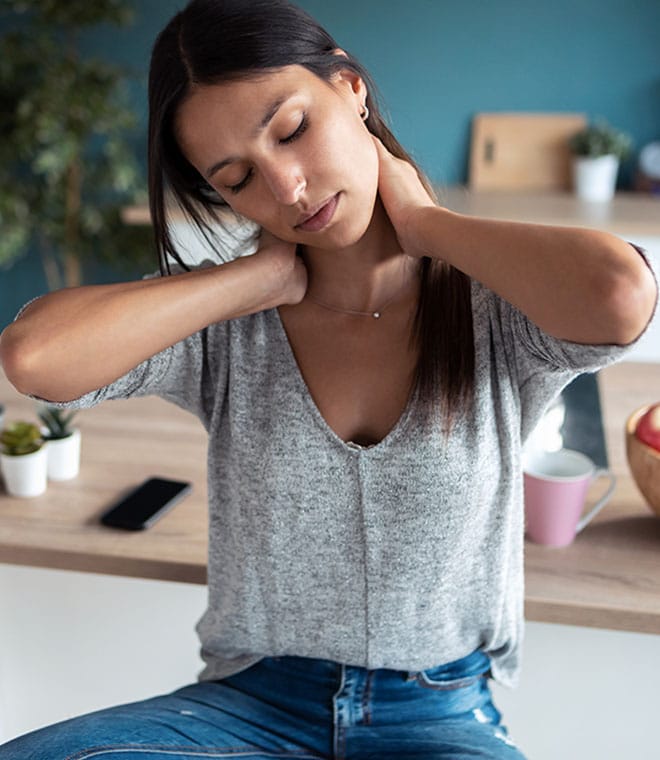 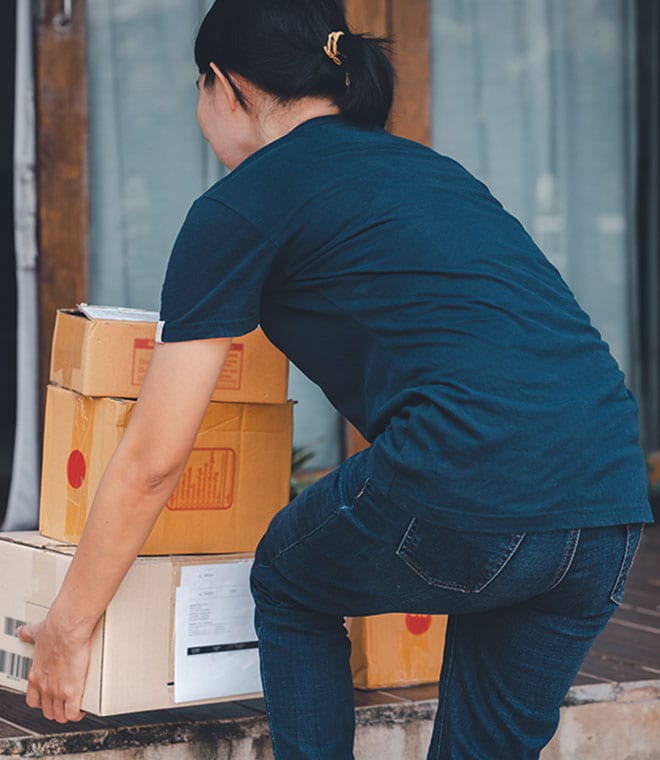 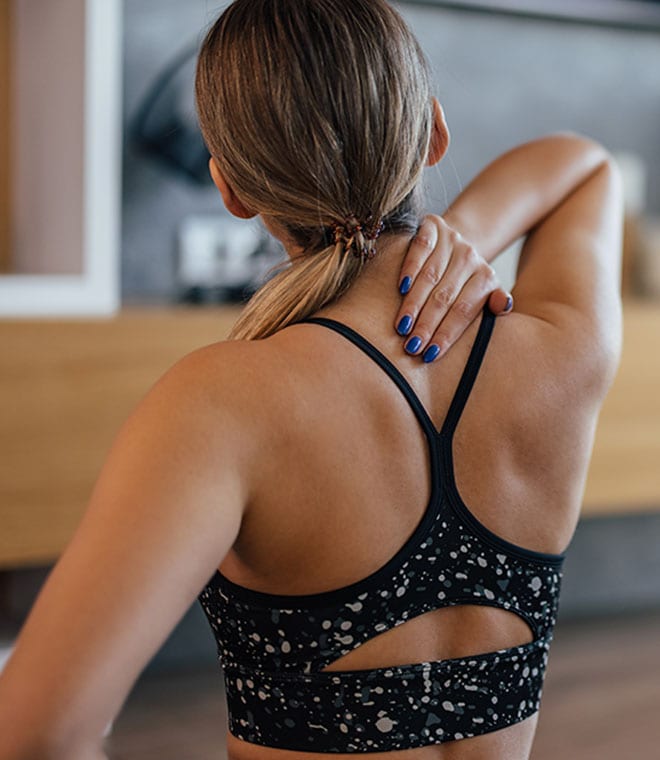 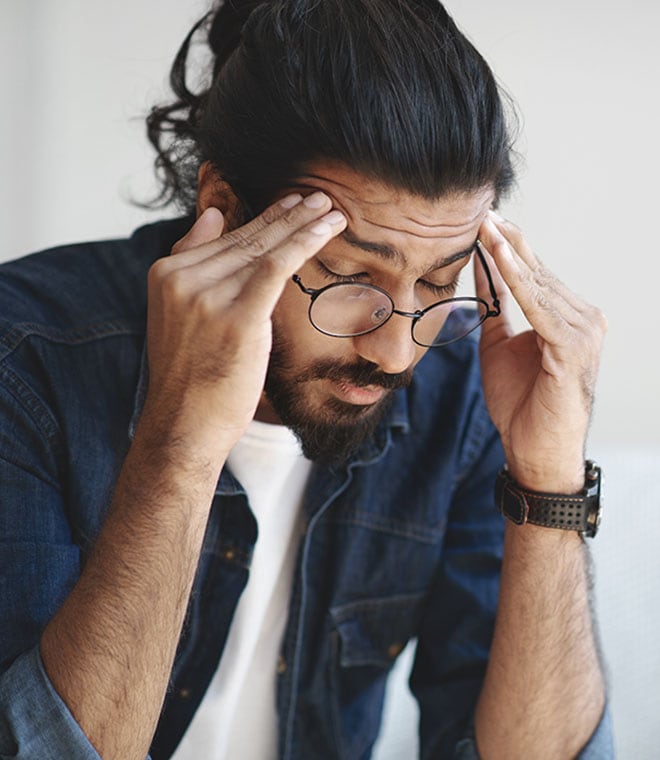 Health
Constant headaches: What they could mean and how to manage
5 min.
By Jean Cherry, MBA, RN, BSN