How much sleep should I be getting?

Healthy sleep makes a big difference in your day, but what exactly is healthy sleep? For proper physical and mental health, it's important to get enough hours of quality sleep so that you feel rested and alert during waking hours. Although certain amounts of sleep are suggested for specific age groups, this can vary individually, depending on other factors as well.

Families often include children and adults of various ages. Because sleep needs vary so much depending on age, it can be difficult to develop a schedule that allows everyone to get enough sleep, especially as kids head back to school. It's important to understand how much sleep people need at all stages of life, from infancy to retirement age. With regular habits, it's possible to get a good night's sleep despite busy schedules.

How much sleep do you need?

What can you do to help young children develop healthy sleep patterns?

Newborns ages 0–3 months don't develop a regular circadian rhythm (an internal 24-hour clock that tells you when to feel awake or sleepy) until after 4–6 months of age. During the first few months after birth, they may sleep for a few hours at a time, for a total of about 16 hours around the clock. New parents can expect middle-of-the-night feedings to interrupt both parents' and babies' sleep for a while. As the baby matures past 3–4 months, they should begin to sleep in five- to 10-hour intervals at a time.

You can help your baby 0–11 months adapt healthy sleeping patterns by providing a calm bedtime routine with bathing, singing or reading, putting your baby down to sleep while they are still awake so they learn the process of falling asleep in bed, and allowing your baby to cry as they settle down to fall asleep. You should place your baby on their back on a flat, noninclined surface to sleep, as advised by the American Academy of Pediatrics. Avoid soft bedding to help reduce the risk of sudden infant death syndrome (SIDS). Research suggests using a pacifier at night to calm a baby and also to help decrease the risk of SIDS.

Infants ages 4–11 months who are sleeping through the night usually take only a couple of naps during the day. Toddlers ages 1–3 years usually need one nap in the late afternoon. Preschool-aged children usually grow out of napping by age 5. By the time children reach school age, 7–12 years, family and school activities keep children awake and busy until bedtime. It’s important for school-age children to have a routine bedtime, allowing for a healthy sleep schedule. Restful sleep is essential for alertness and school performance, as well as physical and mental health. Studies have shown that getting necessary sleep can help prevent health conditions in children, including obesity and type 2 diabetes.

How is sleep different for teenagers?

For optimal health, most teenagers need to get an average of eight to 10 hours of sleep per night. However, in the 2019 Youth Risk Behavior Survey conducted by the CDC, over 77% of high school students reported getting less than eight hours of sleep on school nights. Recent studies show that the circadian rhythm, or biological clock, of a teen is temporarily set to falling asleep later and waking up later. Teens may have difficulty falling asleep early, possibly due to melatonin (a natural hormone in the body that helps control the body's sleep cycles) in the brain being produced later at night.

Teens who don't get enough sleep may have trouble solving problems, making decisions, remembering things and coping with change. They may take longer to finish projects and make more mistakes. Sleep deprivation can influence mood, hinder the ability to perform well in sports and may lead to symptoms of depression.

Young, inexperienced drivers who are sleep impaired are linked to an increase in car crashes and near misses. Additionally, studies show insufficient sleep in teens has been associated with an increase in risky behaviors, such as substance use, drinking alcohol, poor nutrition and decreased physical activity. Conversely, teens who get adequate or higher amounts of sleep have been shown to get better grades and perform better in sports.

What factors can affect sleep for young adults and adults?

The circadian rhythm remains steady throughout adulthood, yet about one-third of adults in the U.S. get less sleep than the recommended amount. Getting adequate sleep is important for your physical and mental well-being to perform your best in school, at work and while driving. Driving while tired has been associated with more than 100,000 accidents, 40,000 injuries and 1,500 fatalities in the U.S. every year, according to the National Highway Safety Traffic Administration. Remember that driving while sleep deprived is dangerous, and accidents can be fatal.

Some health conditions that are associated with poor sleep include type 2 diabetes, obesity, depression and heart disease. Common sleep disorders may disrupt sleep in adults, such as:

If you think you may be experiencing any of these conditions, you should seek help from a healthcare provider for sleep issues.

How does sleep change for older adults?

Older adults, 65 years and older, start to lose consistency in their internal clock or circadian rhythm. Older adults tend to sleep fewer hours per night, get tired earlier and wake up earlier. They may have a more difficult time falling asleep, stay in deep sleep for shorter periods of time and wake in the middle of the night more often. Some causes for this may be drinking coffee and alcohol before bedtime, but health conditions can also affect their sleep. Consult with your healthcare provider if you have trouble sleeping.

What are some roadblocks to adequate sleep levels?

Tips for getting the appropriate amount of sleep

You can improve the physical and mental health of everyone in your family with good sleep habits. If you or a loved one has difficulties getting proper sleep, seek help from your healthcare provider. They can help determine potential causes, sleep hygiene solutions, or recommend medications if needed. 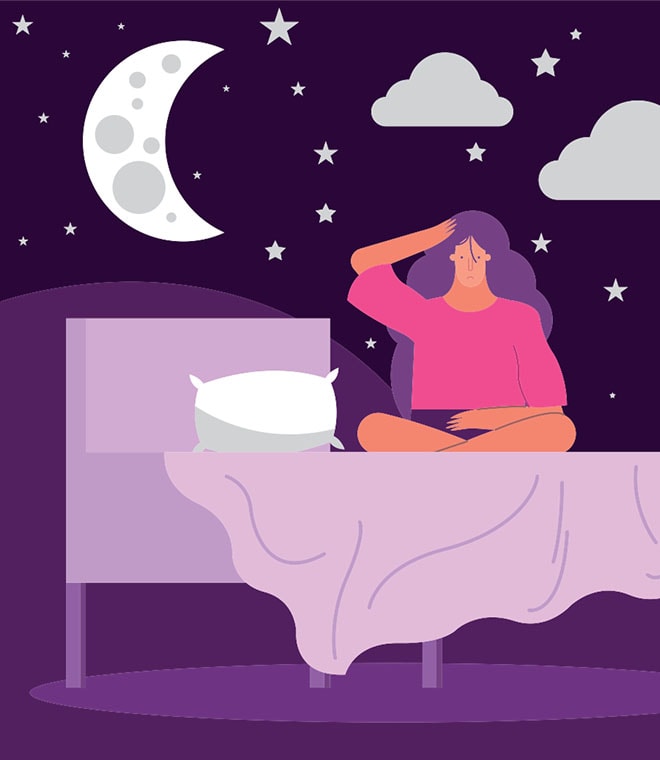 Wellness
Insomnia in women: What you should know
9 min
By Jenilee Matz, MPH 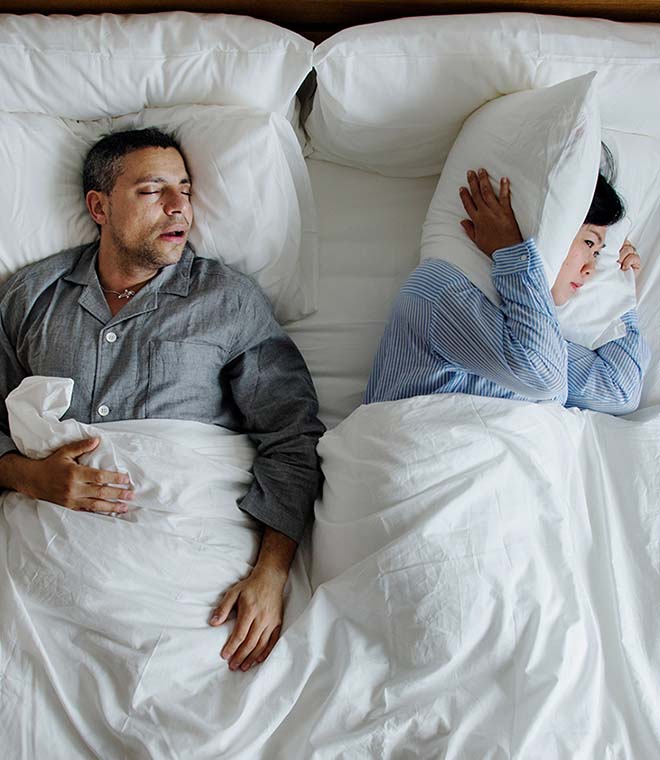 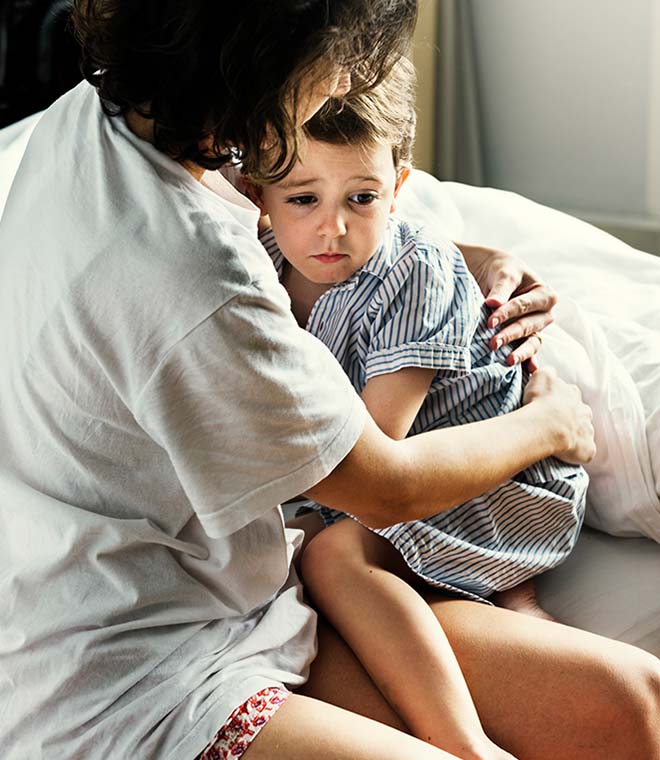 Wellness
What are the causes of sleep paralysis?
3 min
By Andy Stergachis, PhD, BPharm 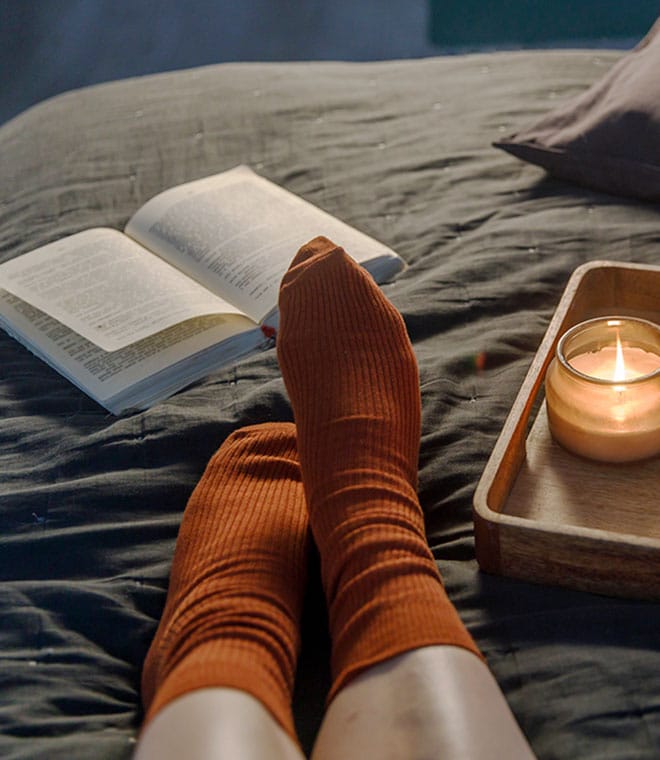