Cold vs. flu: How do they differ?

It can be tricky to know if you're suffering from a cold or the flu.

Cold and flu viruses cause a lot of the same symptoms, but flu symptoms tend to be more intense and come on more suddenly. Still, telling the difference between a cold and the flu isn't always so cut and dried.

Causes of the flu and cold

Influenza (the flu) is a respiratory virus that infects the nose, throat and sometimes lungs. The flu appears to be spread mainly through tiny droplets that come out of an infected person's mouth when they cough, sneeze or talk. The flu-infected droplets can be inhaled by anyone that is close by. The virus can also spread if those droplets get on your hands and you touch your mouth, nose or eyes. The flu can cause mild to severe illness, and its complications can even be fatal. Complications of flu include bacterial pneumonia, ear infections, sinus infections and worsening of chronic medical conditions, such as congestive heart failure, asthma or diabetes.

Also a respiratory virus, the common cold is the most common illness in the U.S. The cold is technically a group of symptoms caused by many different viruses. Rhinoviruses cause the most colds, with more than 100 strains of rhinovirus. Colds are mainly spread between people through hands that contain nasal secretions. You can also catch a cold by touching a contaminated surface, such as a doorknob or counter, or by inhaling droplets of the virus when a sick person breathes, coughs or sneezes near you. Adults get an average of two to three colds each year, and children can suffer from about eight to 12 colds each year. A cold may lead to a sinus, ear or lower respiratory tract infection.

Knowing when your symptoms occur and how long they last can help clue you in to whether you have a cold or the flu:

Here's how specific symptoms can differ between a cold and the flu:

Both viruses are often diagnosed based on symptoms alone, but sometimes lab testing is done to diagnose the flu. However, most people recover from the cold or the flu without needing to see their healthcare provider. In fact, treatment for both viruses is similar. Get plenty of rest, drink enough fluids and consider using over-the-counter (OTC) products, such as acetaminophen, ibuprofen or naproxen to reduce a fever or relieve a headache, to ease bothersome symptoms. OTC treatments won't make your cold or flu go away more quickly, but they can help you feel more comfortable. Note that antibiotics won't help a cold or the flu because both illnesses are viral. Antibiotics only work against bacterial infections.

There are antiviral medications available that can treat the flu, including oseltamivir (Tamiflu), zanamivir (Relenza), peramivir (Rapivab) and baloxavir (Xofluza). When used as a treatment, antivirals can reduce the severity and duration of the illness by about one day. Antivirals may also lower the risk of flu-related complications, such as ear infections in children and pneumonia and hospitalizations in adults.

These medicines are mostly prescribed to people who are very sick or at a high risk of serious flu complications. People who aren't severely ill and don't have risk factors may be given an antiviral if they've been sick for fewer than 48 hours, as antivirals are most effective when started within this time.

When to call your healthcare provider

Certain people have a higher risk of complications from the flu and should contact their healthcare providers as soon as they have flu-like symptoms, including those who:

Call your child's healthcare provider if they have these symptoms:

Prevention is the best medicine

While most people recover from both illnesses without complications, it's better to avoid getting sick in the first place. For flu protection, everyone age 6 months and older should receive a flu vaccine each year. Flu vaccination can prevent flu illnesses, healthcare provider visits and hospitalizations, and it can even be lifesaving in children. Make an appointment for a flu shot. Frequent handwashing can lower your risk of a cold, the flu and many other illnesses. Wash your hands often using soap and running water for at least 20 seconds. Try not to touch your eyes, nose or mouth, especially when you're around people who are sick.

It can be tough, or even impossible, to know if you have a cold or the flu since these two types of illnesses have similar symptoms. Take heart in knowing that both a cold and the flu can be treated with rest, water and OTC products to ease symptoms. Most people recover on their own within a couple of weeks, but complications or another infection can occur. If you aren't getting better or if you have certain symptoms or risk factors, call your healthcare provider. 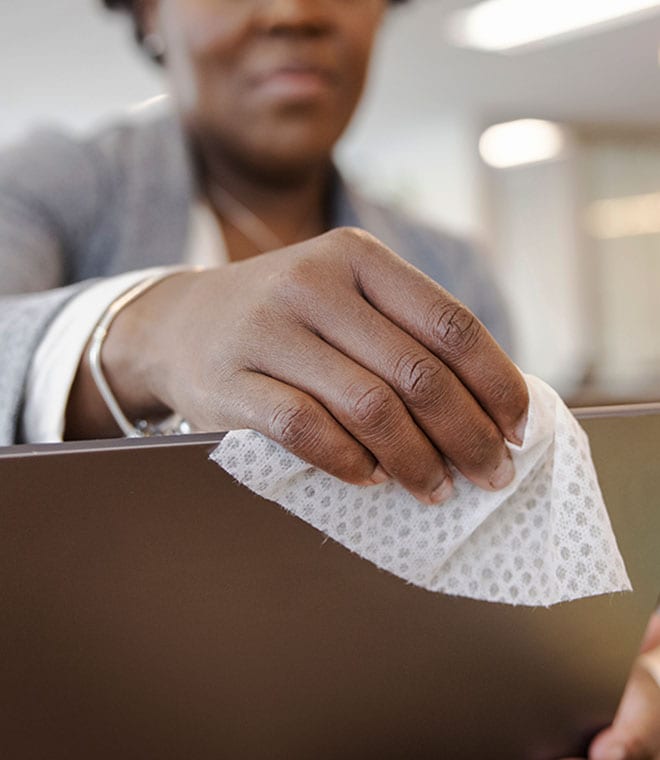 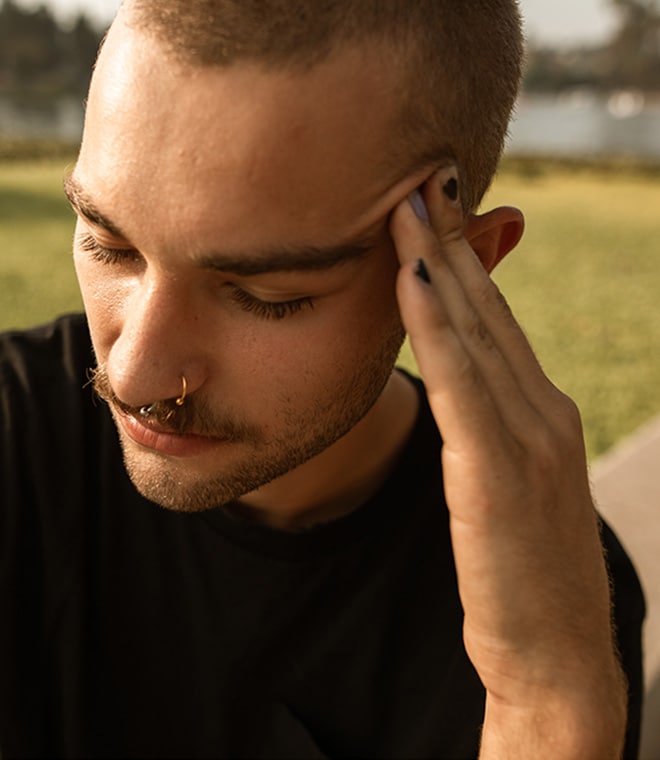 Health
Can allergies cause headaches?
8 min 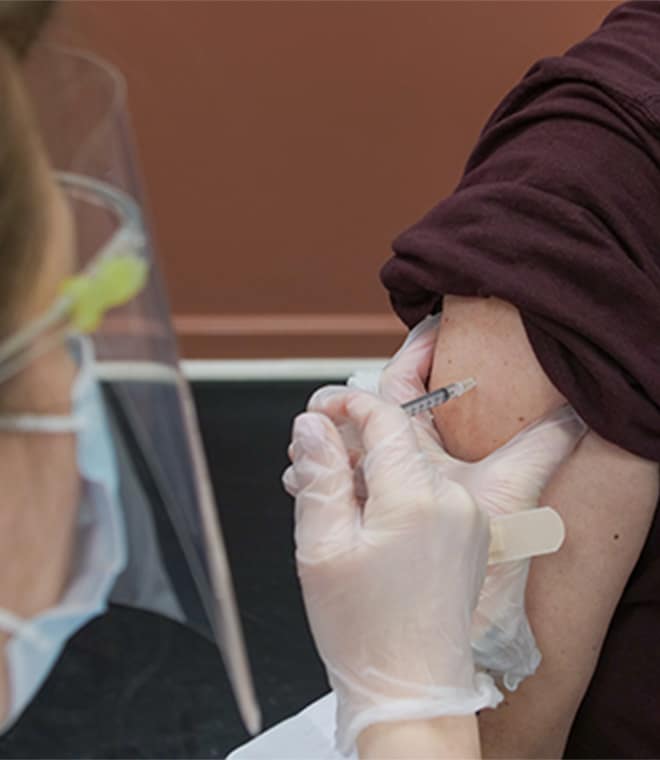 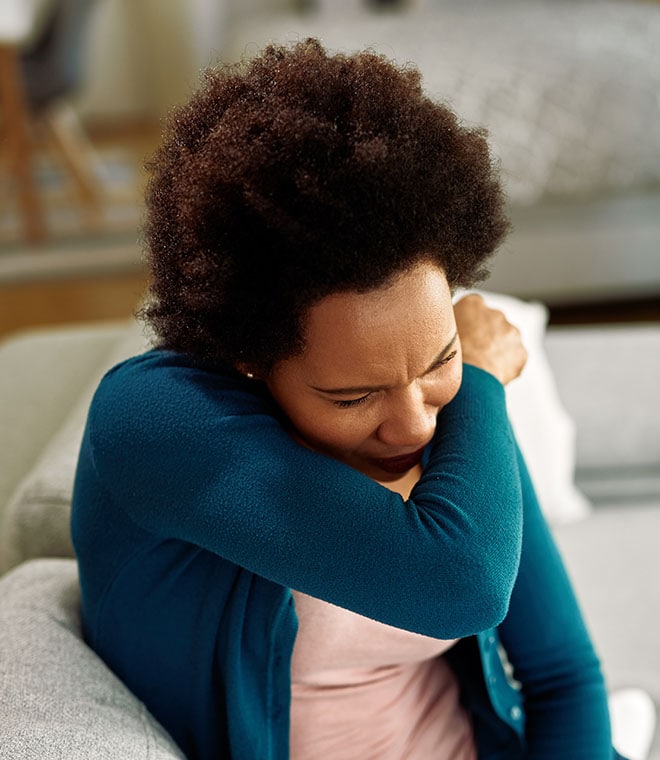