Dementia: A complex group of symptoms

Dementia is not a specific disease, but rather a group of symptoms affecting the brain. Symptoms involve cognitive functioning and behavioral ability.

What is the difference between dementia and Alzheimer's?

Dementia describes a group of symptoms or syndrome involving memory loss, decreased ability to complete daily activities and problems with communicating. Alzheimer's disease is a type of dementia. When trying to understand dementia vs. Alzheimer's, it's important to remember that dementia can be caused by many conditions and diseases, while Alzheimer's is the most common cause of dementia.

Delirium and dementia have similar symptoms. Delirium is a state of mental confusion or a change in behavior that often begins suddenly and may last for hours or weeks. Symptoms of delirium include fluctuating levels of consciousness and issues with attention, thinking, memory and emotion. Dementia usually develops over time without hallucinations and can last many years.

Most cases of dementia are caused by degenerative damage to nerve cells in the brain. Dementia affects people differently depending on the part of the brain that is affected, and it cannot be reversed. The most common form of dementia is Alzheimer's disease, followed by vascular dementia. Dementia can also be brought on by other conditions, such as Huntington's disease, brain injuries, multiple sclerosis, Parkinson's disease, Pick's disease and progressive supranuclear palsy.

What are the symptoms of dementia?

Dementia symptoms can vary between people. Signs of dementia include the following:

Dementia usually starts with what appears to be forgetfulness. Signs of mild cognitive impairment—the stage between normal forgetfulness and dementia—include problems performing more than one task at once, difficulty with problem resolution, forgetting events and conversations, and taking more time to complete mental activities.

What are the types of dementia?

There are many types of dementia that are progressive and can't be reversed, including:

This is a progressive disease leading to memory loss and cognitive difficulties. It is caused by the abnormal buildup of several proteins. Amyloid protein creates plaques, and tau protein deposits develop into tangles, affecting connections between nerve cells and decreasing the brain's ability to function.

What is vascular dementia? It's the result of a decreased blood supply to the brain due to damaged vessels caused by a stroke or other blood vessel condition.

What is Lewy body dementia? LBD occurs when there are abnormal proteins, called Lewy bodies, made up of alpha-synuclein proteins that collect and disrupt the production of two chemicals that act as neurotransmitters in the brain. Acetylcholine facilitates memory and learning, while dopamine impacts cognition, sleep, movement and behavior.

What are the Lewy body dementia stages? There are seven stages of LBD. Early-stage LBD is associated with more frequent delusions, hallucinations and trouble recognizing familiar people. The phases do not have a specific time frame as there will be fluctuations of the disease. Symptoms noted in an early phase may be present for the course of the disease and increase in frequency or severity over time. Typically, the stages may progress over 8–12 years, with the final stages requiring 24 hours a day, seven days a week care for the patient.

This type of dementia is associated with personality, language and behavior changes from the breakdown of nerve cells in the frontal and temporal areas of the brain. Frontal lobe dementia progresses with symptoms that vary, depending on which locations of the brain are affected.

This disease is caused by brain damage from thickening and narrowing arteries, which decreases the blood supply and causes brain tissue to die.

This type of dementia happens in older adults who have had multiple strokes. It occurs when blood flow to the brain decreases and causes memory loss.

This is a previously used scientific term for what is now known as schizophrenia. The characteristics of schizophrenia include disorganized thinking and concentration, delusions and diminished ability to participate in daily activities. Symptoms start to appear in early adulthood.

This is a chronic memory disorder commonly caused by alcohol misuse, although it can be caused by other conditions as well. It can lead to brain damage from a lack of thiamine, which prevents brain cells from producing enough energy for proper cell function.

This type of dementia progresses quickly compared to more common dementia types like Alzheimer's, LBD and frontotemporal dementia. It is when naturally occurring prion protein starts folding to be an abnormal three-dimensional shape in the brain, which damages brain cells. Thinking and reasoning decline rapidly. Patients may have difficulty walking and involuntary muscle movements, along with changes in mood.

What are the dementia stages?

There are three stages of dementia: mild, moderate and severe.

Mild or early dementia involves memory lapses, but people still have the ability to complete daily activities. Moderate dementia progresses to needing some help with daily care, as there is greater memory loss, behavior changes and restlessness at night.

Severe or end-stage dementia is characterized by an inability to communicate, a need for full-time assistance with daily activities and extremely limited physical capabilities.

Establishing a diagnosis and determining the type of dementia can be difficult. Your healthcare provider will ask about your medical history, give you a physical exam and assess your symptoms. Cognitive and neuropsychological testing for dementia is used to evaluate thinking. Your healthcare provider may order a computerized axial tomography (CT) scan, a magnetic resonance imaging (MRI) test or a positron emission tomography (PET) scan of the brain to check for bleeding, tumors and brain activity patterns. Tests help rule out various conditions that may be causing dementia. Laboratory blood tests, which include vitamin B12, thyroid-stimulating hormone (TSH), folic acid, full blood count, electrolytes, kidney function and liver enzymes, can identify vitamin deficiencies, infections or other issues that could cause confusion in seniors.

How is dementia treated?

There's no cure for dementia, but dementia medication can help manage symptoms. Cholinesterase inhibitors are used to help with memory and judgement. Glutamate regulators, memantine, help with learning and memory and is sometimes taken with a cholinesterase inhibitor. Medication for dementia can be prescribed to treat symptoms like agitation, issues with sleeping or depression. Medications can also reduce jerking of arms, legs or the whole body.

Dementia can last up to 20 years, but generally lasts 5–8 years. Lewy body dementia life expectancy is approximately 5–7 years. LBD stages do not follow a specific pattern. In most cases, death from dementia happens after falls, swallowing difficulties or an infection.

As the final stages of dementia occur, caregiving can become very difficult and time-consuming. The main goal is to keep the person with dementia comfortable. Communication can take patience; speak slowly, watching the volume and tone of your voice. Share stories that are familiar and listen to calming music together, even if the patient's response is limited. People with dementia need to be repositioned every two hours to reduce stiffness in joints and prevent pressure sores. Be careful not to hurt yourself. Get help or use a transfer belt when moving someone. When it comes to eating, help your loved one maintain good nutritional habits. If they have swallowing issues, try softer foods and limit milk products that can catch in their throat.

Dementia is a progressive disease that is incurable. Caregivers should make the most of every day in the final stages of illness, and get support with care so they keep up their strength. 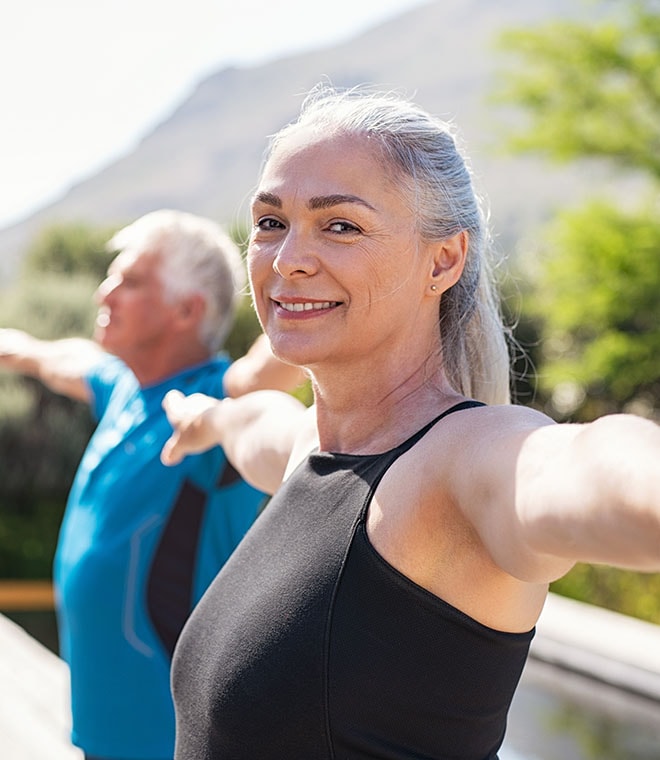 Health
How to prevent osteoporosis
6 min.
By Jenilee Matz, MPH 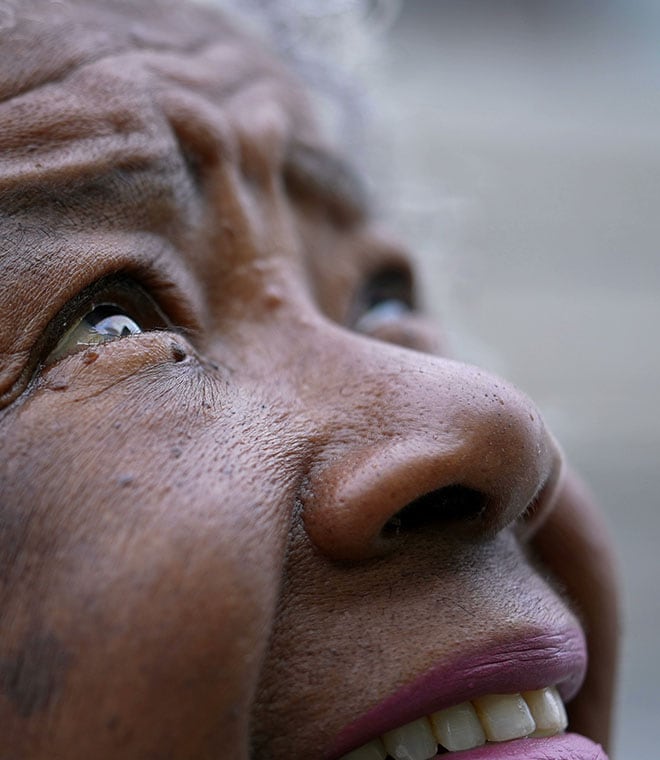 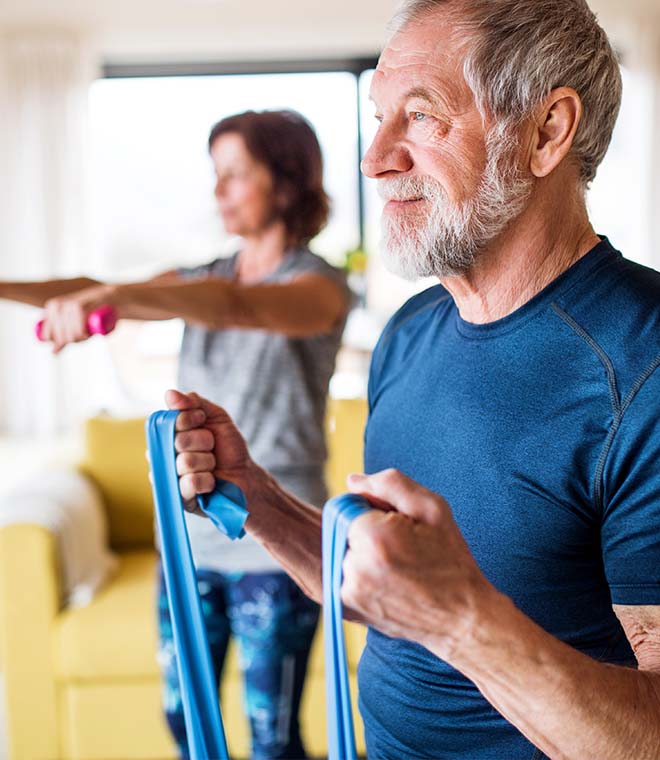 Health
Osteoporosis: Get the facts about bone loss
9 min.
By Jenilee Matz, MPH